Skip to main content
Labels
Posted by Saints and Sinners Books May 26, 2019

Review: Crazy for Your Love by Lexi Ryan 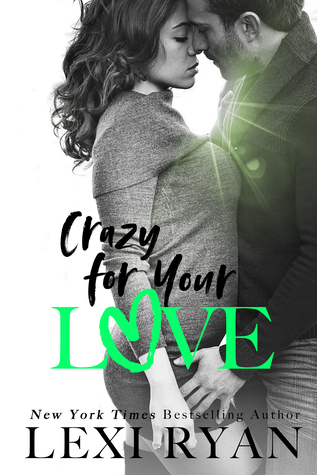 Official Blurb: A family wedding with a fake boyfriend, meddling parents, and an obsessive ex . . . What could go wrong?

The only thing worse than being single at my sister’s wedding is finding out that my ex will be there too. Not just any ex—the guy everyone expected me to marry, the man I came to Jackson Harbor to escape.

Now I need a date, and fast. Enter Carter Jackson—the firefighter who’s dealing with an unwanted five minutes of fame ever since a shirtless photo of him saving a puppy went viral. He’s warding off propositions left and right, and he needs a fake relationship as much as I do.

Sweet and sexy, Carter is completely off-limits. See, I have a rule. A no heartache rule. Not only is Carter my friend and a known heartbreaker, but his job as a firefighter puts him in danger daily, and that’s something I just can’t handle.

The commitment between us might be pretend, but the passion all too real. As crazy as it makes me, I have to keep Carter at an arm’s length. Even that might not be enough to spare my heart.

Crazy for Your Love is book five in The Boys of Jackson Harbor series. All books in this series can be read as standalones.

Review: I know this book can but read as a standalone, but honestly, I should have read the others first. The reason being is because the secondary characters play a big part, and I would have liked to seen Carter and Teagan in previous books. The story is easy to follow along, but I wanted a bit more I guess.

Carter and Teagan are both good friends that have feelings for each other, but they hide it very well. I think Carter is afraid things will change between them, and Teagan has a lot of problems from her past. I didn’t realize just how many problems she had, until the story kept going. I kind of felt bad for her a bit, but Carter also has his own secrets. See the theme? They are both two lost souls looking for the right person, yet neither can see just how perfect they would be together. What starts off as a pretend relationship quickly turns into so much more. There is so much passion, connection, and chemistry between these two that the lines are starting to blur. Can two broken souls heal each other?

I really liked the relationship between Carter and Teagan, and I thought they were both really cute together that is when they were actually together and not fighting it so much. The thing is that there is just a lot of other woman and other man drama in this book that honestly could have been left out. We know Carter has a past, but so many women coming back, got a little out of hand and repetitive. I was actually annoyed a time or two. In a way, Teagan was just as bad letting someone from her past control her so much. I was like girl just tell everyone and move on already. I really liked when they finally figured things out, but it was a lot of back and forth for most of the book. Now, I’m intrigued to read the other stories, so I can actually see what occurred before this one.