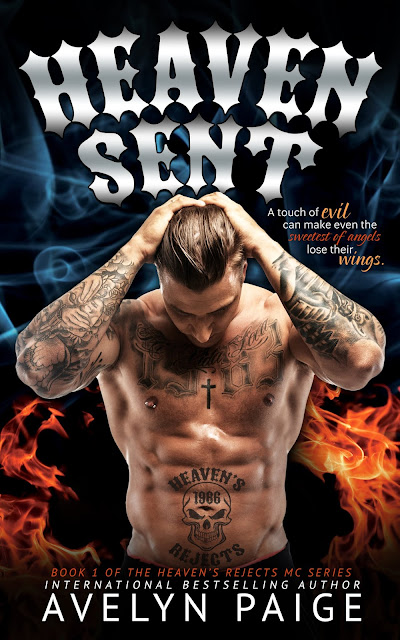 International Best-selling Author Avelyn Paige brings you the story of a broken war hero and a woman with dark secrets that could destroy everything he loves–including his heart.

Dani was living a nightmare. All she wanted was to find a safe place to hide out and reinvent herself, praying she could leave her past behind her. She never intended to get caught in the middle of a biker war. And she never dreamed she’d have to work so hard to avoid the one man that sets her soul on fire.

Hero is a broken man. His only loyalty is to his club, and he takes his job as Vice President very seriously. When Dani is brought to the clubhouse, he knows he can’t trust her, but there’s something about the mysterious beauty that makes him burn. There are secrets in her eyes and lies in her smile. As those secrets come out, and her lies are revealed, Hero’s heart and loyalty to his club are about to be put to the test.

Can a fallen angel with blood-covered wings and the devil himself resist temptation, or will they risk bringing hellfire down on everything they love?

Avelyn Paige is a born and raised Indiana girl. While she may be a Hoosier by birth, she is a Boilermaker by choice. Boiler Up! She resides in a sleepy little town in Indiana with her husband and three crazy pets. Avelyn spends her days working as a cancer research scientist and her nights sipping moonshine while writing and book reviewing.

Avelyn loves everything paranormal, Cajun culture, and wants to try tornado chasing as a hobby when she finally grows up. She just has to get over that pesky fear of thunderstorms first. Avelyn also enjoys collecting voodoo dolls from her trips to New Orleans.