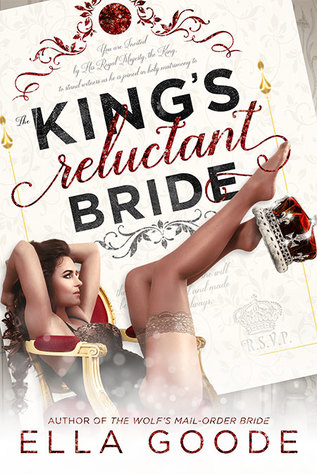 Official Blurb: As the illegitimate daughter of a chambermaid, Penelope Lloyd knows firsthand the heartbreak of loving above your station and a royal is as far out of reach as the stars. But that was before she fell for Prince Thomas and his dreams of happy ever after. She’s made her peace with being his secret lover but even that humble fantasy is placed in jeopardy when Thom is forced to don the King’s robes and wear the crown. For the sake of Matlavia, Pen knows she must give up Thom.

Prince Thomas has always had a plan. Pretend to be scandalous so that when he announces his plans to marry Pen, the people of Matlavia will be relieved rather than shocked. But his carefully constructed future is turned upside down when his older brother, King Stephen abdicates the throne and runs off with his mistress, leaving behind a furious jilted fiancée and a mountain of debt. With the country on the brink of bankruptcy, Prince Thomas will have to convince his love that they can have it all--their country and their love.

Review: This is kind of bitter sweet being the last book. Each one was different in its own way, but they were oh so perfect together. This was my first book by Ella Goode, and I really liked it.

Thomas and Penelope actually grew up together. Over the years, they developed feelings for each other, but they had to keep it hidden. Penelope is the illegitimate daughter of a chambermaid, and Prince Thomas has to keep up a certain reputation for the people of Matlavia. That is until everything changes. Now both Penelope and Thomas are trying to find a way to be together, but the odds are stacking against them.

I loved the chemistry and connection of these two. It was so adorable and sweet that she read to him, and they just enjoyed each other’s company. I hated they had to hide and how Penelope was treated as if she were nothing. Of course, they get their beautiful HEA, but it was still kind of sad to see what they went through. I’m really going to miss this series.