Review: Bitten by the Beast by Alexa Riley 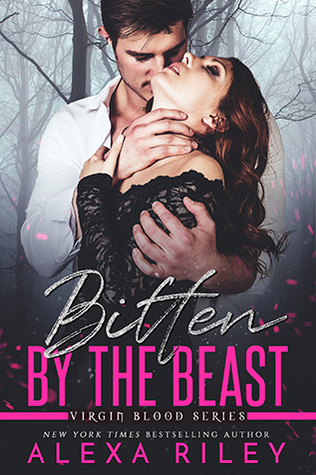 Official Blurb: Juliet Simon gets herself into all kinds of situations, but breaking into the scary mansion near her college campus has got to take the cake. When she finds more than she bargains for behind closed doors, will her fear take over, or will she fall for the beast?

Kane Viscardi is unlike other vampires. He’s spent most of his time hiding away and is alone in the world without a mate. Until one night when there’s an unexpected knock at the door. Suddenly something awakens inside of him for the first time in a century.

Warning: It’s the first time we’ve written vampires, so go easy on us. Enjoy this brand new series that features a coven of five and read about how all of them find love.

Review: Ahhhh!!!! It’s a new series with vampires by AR, I mean that’s pure perfection all rolled into one.

I was super excited, when I found out the dynamic duo was releasing a new vampire series, and believe me, they did not disappoint one single bit! Juliet has always known she was different, and here she is trying to fit in, which is how she finds herself standing on the front porch of a scary mansion. Kane is a bit of a loner, and he isn’t the friendliest person to be around either. But when a strange girl knocks on his door, asking for help, both of their worlds are flipped upside down.

I adored the connection between Kane and Juliet. Kane was so protective over her, and Juliet loved him just the way he was. Their chemistry was so beautiful, and I loved the fire and passion between them. I can’t wait to read about the other four characters to find out their stories, and to see what continues to happen between these two.