We are beyond excited to be sharing this release from Gena Showalter with you today by participating in the blog tour! THE DARKEST ASSASSIN is part of her Lords of the Underworld series and it is releasing as part of 1001 Dark Nights. Check out an excerpt and book trailer from the title below. Click here to grab your copy now.

Purchase your copy of THE DARKEST ASSASSIN today! About THE DARKEST ASSASSIN:

From New York Times and USA Today bestselling author Gena Showalter comes a new story in her Lords of the Underworld series… Fox is a demon-possessed immortal with many talents. --Ability to open portals—check --Power to kill the most dangerous Sent Ones—check --Scare away any man who might want to date her—mate Now, the keeper of Distrust has been marked for death, a winged assassin with rainbow-colored eyes tracking her every move, determined to avenge the males she accidentally decimated. If only she could control the desire to rip off his clothes… Bjorn is a fierce warrior with many complications. --Tragic, torture-filled past—check --A wife he was forced to wed, who is draining his life force—check --Ever-intensifying desire for the enigmatic Fox—mate Never has he hesitated to exterminate an evil being. Until now. The sharp-tongued female with a shockingly vulnerable heart tempts him in ways no one else ever has, threatening his iron control. But, as Fate itself seems to conspire against the unlikely pair, both old and new enemies emerge. And Fox and Bjorn must fight to survive. And learn to love… **Every 1001 Dark Nights novella is a standalone story. For new readers, it’s an introduction to an author’s world. And for fans, it’s a bonus book in the author’s series. We hope you'll enjoy each one as much as we do.**
Add THE DARKEST ASSASSIN to your Goodreads TBR here!

Purchase your copy of THE DARKEST ASSASSIN today! 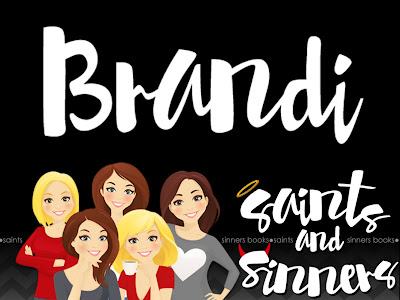 I've always enjoyed reading Gena's Lord of the Underworld series. There is just something so addictive about these books, so of course, I jumped at the chance to read another one.

As I started, I realized that even though it does say you can read this one as a standalone, I felt as if I was missing pieces of the puzzle. Not to mention, I have missed a few of the newer books. In saying that, I would recommend reading the other books first.

The main reason why I say this is because I honestly couldn't remember who Fox or Bjorn was for that matter. Either way, I continued to read and I did enjoy the book. I'm not sure why I didn't love it as much as the others, but this one is not my favorite. Honestly, there was no wow factor, or anything that made me want to continue. I had to stop a few times, simply because I was a little bored.

Now, Gena writes amazing books, so I'm not sure why I felt such disconnect. I still love the Lords, but I do feel a bit disappointed with the outcome of this one.

Gena Showalter is the New York Times and USA TODAY bestselling author of the spellbinding Lords of the Underworld series, two young adult series–Everlife and the White Rabbit Chronicles–and the highly addictive Original Heartbreakers series. In addition to being a National Reader’s Choice and two time RITA nominee, her romance novels have appeared in Cosmopolitan and Seventeen magazine, she’s been mentioned in Orange is the New Black–if you ask her about it, she’ll talk for hours–and her books have been translated in multiple languages. She’s hard at work on her next novel, a tale featuring an alpha male with a dark side and the strong woman who brings him to his knees. You can learn more about Gena, her menagerie of rescue dogs, and all her upcoming books at genashowalter.com
AUTHOR LINKS: