Skip to main content
Labels
Posted by Saints and Sinners Books May 18, 2019 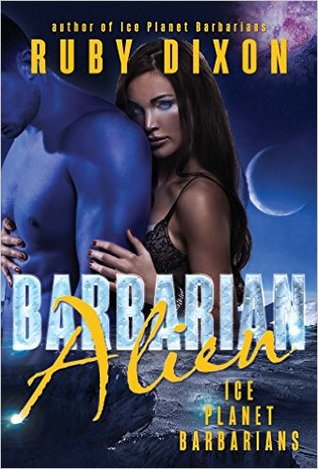 Official Blurb: Twelve humans are left stranded on a wintry alien planet. I’m one of them. Yay, me.

In order to survive, we have to take on a symbiont that wants to rewire our bodies to live in this brutal place. I like to call it a cootie. And my cootie’s a jerk, because it also thinks I’m the mate to the biggest, surliest alien of the group.

Review: Okay, so I thought I really liked book one, but to me, this one was a little bit better. It took me a bit to warm up to Liz, but the more I read, the more I really liked her. And Raahosh, yeah, he might act little a big ole brute, but he’s actually just a big ole mushy softie, and I adored him so much.

So, Raahosh’s khui or the cootie, as Liz calls it, lights up right away for Liz. I honestly think he knew he was going to be in for a fight, because she is so hard headed, so he “takes” her away from the tribe. This gives them time together alone from the others, and he wants Liz to be his mate no matter what.

Yes, Liz is a little bit crabby for the most part, but hey, you would be too, if you were captured by aliens, held against your will, dropped on a new ice planet, took a symbiont into your body in order to survive, and then told that you had to mate with someone and carry their baby. That’s actually a lot to take in, and she isn’t going down without a fight. No matter what he stupid little cootie says.

To me, Raahosh is so misunderstood to his tribe, as well as Liz in the beginning. He’s quiet and a bit overbearing at times, but in all honesty, he’s actually just shy and scared of rejection. His back story is a bit rough, and he is also a little scarred, which makes him different from everyone else. He’s a virgin, and he just wants to be mated and loved like a normal man (barbarian). I mean, how freaking sweet is that.

I honestly loved the slow build between these two, and it makes the story that much sweeter. There were so many funny parts, and I laughed out loud more than once. I really grew to love these two so very much. Their bond is amazing, and I love how Liz stepped up for Raahosh, when no one else did. They are actually adorable together, and I can’t wait to jump right into the next one. I guess I am hooked now for sure.