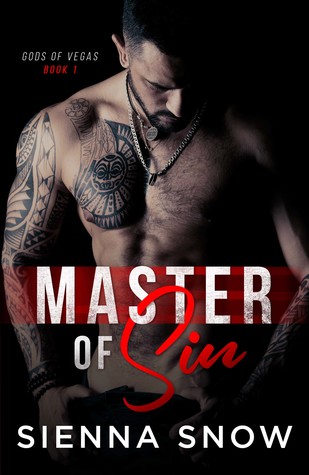 Official Blurb: It was always him. The one I shouldn't want, shouldn't crave, the one who could destroy my carefully built life.

Hagen Lykaios was the essence of sin, indulgence, and danger - everything I knew to avoid.

All it took was one unexpected touch, and he consumed me, left me begging, needy, and hungry for more.

He said if I entered his world he would corrupt me, own me, and change all that I had ever known...and you know what? I went anyway.

Review: This was my first book by the author, and I had some mixed emotions throughout the story.

First, Penny was very smart and very successful, so why did she wait so long for Hagan? Like I don’t get it. She could have at least experienced life a little, yet she didn’t. She claimed it was her career and raising her brother, but come on, she was just pinning over him. Other than that, I really did like her very much. Hagan was also very likeable, and he was protective over her for sure.

The story line was pretty good, but at times, I felt like it was way too much going on at one time. I could even see these two having two books instead of one because it was a lot happening. I still have things that were unanswered, and I’m sure they will be answered in another book. At least, I hope they will.
One thing for sure is that there is plenty of sex. I mean, sex on top of sex on top of sex. So, if you love that, then this is the perfect book for you. I wish there would have been a bit more to the ending, but maybe some things will be cleared up in the next book.