Review: Ringing in the New Year by Alexa Riley 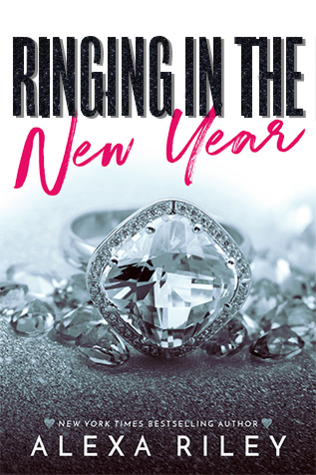 Reed Sanders knew the first time he saw the neighbor girl in second grade that she was the one. He even stole his mom’s ring to seal the deal, but he got into trouble for doing it. It’s okay, though, because he knows that one day she’s going to be his wife and he’ll keep giving her the ring until then.

Cami Evans fell in love with the boy next door when she was seven years old. They spent their whole lives falling for one another until one day she’s taken from him. She spends five years with her father in a cult until she’s able to make her escape and find her way back to Reed.

Warning: Can true love happen when you’re just a kid? According to Alexa Riley it can! Fall head over heels for this ultra-sweet story of how childhood sweethearts find their way back to one another.

Review: This book is a little different than a typical AR book because these two already knew each other, since they were kids. This is probably one of the sweetest books this duo has ever written, and it really brought out a lot of emotions.

Reed knew in second grade that Cami was going to be his forever. She was so different from all the other girls, and he knew she was the one. Things were going good for both Reed and Cami. They were getting ready for prom, and both of them had planned on finally giving in to temptation, but then everything changes. Cami is gone, and Reed is a mess, but he vows to never give up looking for her.

Five long years later, Cami finally escapes the hell she has been trapped in. She just wants to forget her past, and Reed is right there to pick up right where they left off.

God, this book is so super sweet, and also emotional at the same time. I loved how the story went from past to present, so I could see the relationship between these two build. The chemistry was off the charts, and I just couldn’t get enough.