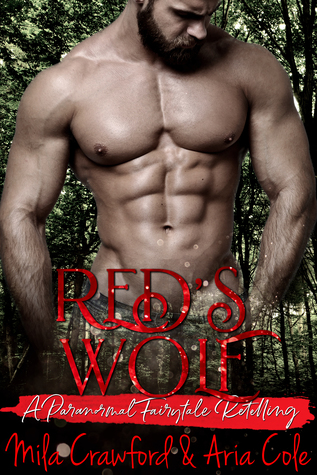 I was on my way to my grandmother’s house when my car broke down and I found myself stranded in the middle of nowhere. It was late, dark, and I swore I hear something in the woods.
And then he came along, this towering beast of a man who claimed he wouldn’t let anything hurt me, that he’d protect me at all costs … because I was his.
Sexy. Deadly. All male.
But the one thing on my mind was who would protect me from him?

Rose thought she was lost, but the truth was she was exactly where she was supposed to be.
With me.
She needed my help and I was happy to oblige. But I wasn’t being a Good Samaritan. She was my mate and I was going to claim her. The only obstacle I saw was her willingness to see that she was made to be mine, that giving herself fully to me was exactly how fate had written our story.
But I had all the time in the world.
When it came to Red nothing else mattered.

Review: This is definitely a steamy quick read.

Rose is down on her luck. Everything in life that could go wrong is, and she is at her breaking point. Her car breaks down, leaving her stranded in the middle of nowhere with zero cell reception, but then Logan shows up and everything changes. Logan has been living alone for a long time, and he thinks he’s destined to be alone, until Rose comes along. He has waited a long time for his mate, and he will do everything in his power to show her she is exactly where she is supposed to be.

This is a super cute book, and I loved the connection between Rose and Logan. They are adorable together from start to finish. I wish there would have been a bit more, but overall, this book is sugary sweet in every way.