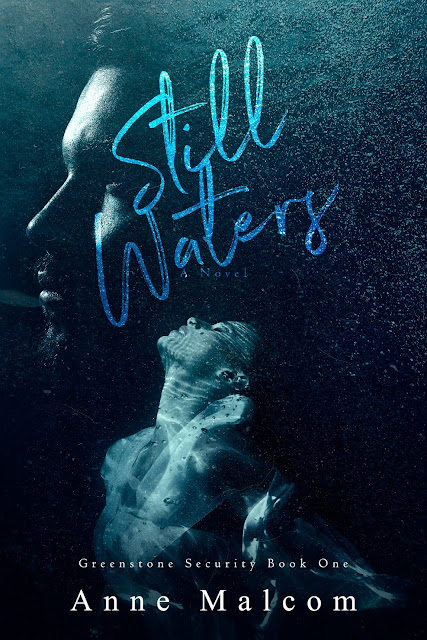 
But there’s more to it than that.


Because "still" doesn’t denote peace. Nor calm. Nor happiness.


It’s an illusion. It's chaos.


The only way to handle chaos is to become it.


That’s what Lucy did. She created stillness out of the chaos tumbling inside her and called the most chaotic motorcycle club in the United States her family.


The Sons of Templar gave her chaos, friendship, family, danger and death.


But she wouldn't want it any other way.


Then he came. The one who showed her that her handle on chaos was tumultuous at best.


Showed her how to stand still.


And how good it could be.


And how drowning in those waters comes as easy as breathing. 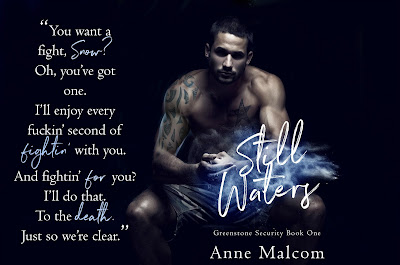 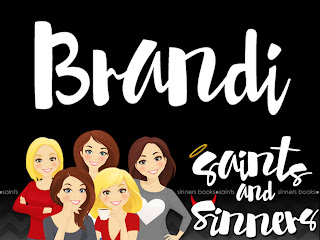 I’m really not sure where to begin this review. I have so many leftover emotions after reading Still Waters, and I just feel drained. I’ve always admired Anne’s writing style and it’s still the same for this one, but holy crap at the frustration!
I have this thing with books that too much angst, frustration, or even emotions can make the book not as good. That sounds bad, but it’s true. I feel that’s what happened with Still Waters for me. Don’t get me wrong, I enjoyed the book, but in saying that, I enjoyed the good and happy parts (which I won’t reveal what those are because, hello, spoiler) versus the not so happy ones. Normally, those bad times in books won’t hit me as much and it makes the story flow so well, but like I said … I had a lot of frustration going on here. Maybe it was the constant back and forth. The push and the pull. Or maybe it was the need for something to finally happen sooner than it should’ve. Honestly, I’m not sure.
The characters in Still Waters have a lot, and I mean a lot here, of baggage they carry. Now, I totally get it. I really do, but there comes a point when characters need to grow. One did, but the other, well it took a bit longer to come around. I will say, once all the pieces finally came together it was an epic story. I’m not kidding around when I say those good, happy, and freaking amazing moments were brilliant. But I won’t lie and say this book wasn’t an emotional ride for me. Because it totally was.
I’m not saying by no means this wasn’t a good book, because yes, it was very good. It was very well laid out, but I will warn you and tell you to be ready. It’s not an easy ride by no means. Am I glad I read it anyways? Yes. Like I said, I really like Anne’s books and I’ll continue to read them as long as she continues to write. Also, I will add that I am looking forward to seeing what will come of this series. If it’s all an emotional roller-coaster for the entire series, well I guess I’ll have to endure it for the sake of never missing out. Because Anne did catch my attention with other characters that I’m hoping make an appearance. 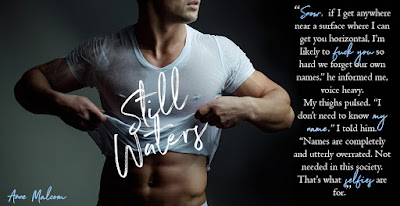 Anne Malcom has been an avid reader since before she can remember, her mother responsible for her book addiction. It started with magical journeys into the world of Hogwarts and Middle Earth; then as she grew up her reading tastes grew with her. Her obsession with books and romance novels in particular gave Anne the opportunity to find another passion, writing. Finding writing about alpha males and happily ever afters more fun than reading about them, Anne is not about to stop any time soon.

Raised in small town New Zealand, Anne had a truly special childhood, growing up in one of the most beautiful countries in the world. She has backpacked across Europe, ridden camels in the Sahara, eaten her way through Italy, and had all sorts of crazy adventures. For now, she's back at home in New Zealand and quite happy. But who knows when the travel bug will bite her again? 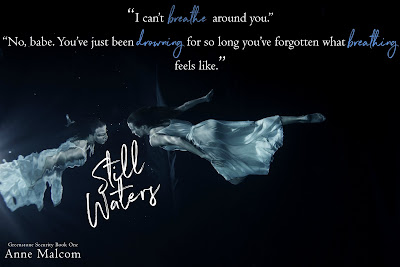