The outbreak might be over, but the nightmare is just beginning...

Rebekah vows to expose the truth behind the RecruitZ that are killing the innocents. These creatures must be stopped, but so should the people controlling them. When Rebekah uncovers who is behind the uprisings, her own life becomes in danger.

Rebekah knows that she is not alone in this fight but vengeance alone won't help her and the others to victory. It is up to her to uncover the truth for the public before the world is turned over to an elite few.

Regardless of what may happen to her, she knows it's a race against time to destroy these creatures and the monsters controlling them before there is no one left worth saving. 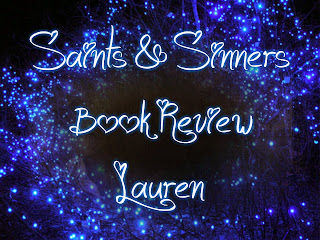 The level of excitement that I felt when this book fell into my hands cannot be described by words. This series has literally brought life back to the zombie lover’s world. Move over Walking Dead because Daryl and Rick have absolutely nothing on and Rebekah. AlibiZ picks up right after RecruitZ.  Just when you thought some semblance of peace is coming to Afterworld with the zombie vaccine in walks another deadly foe. TRAC has stepped up their game and has pulled out all the stops to discover Rebekah’s husband’s research. Add in the fact that Rebekah is not only fighting the world around her but her growing attraction for as well and you’ve got one hell of a thrilling tale.

Rebekah’s character really resonated with me in this book because she’s learning more and more about her own inner strength. She grows in the sense that she has to protect those around her at all costs even putting herself into danger. Her relationship avoidance reasoning with honestly drove me a little batty because if I were in her shoes, I want some studly male attraction and loving to give me momentary distraction from what I was facing. Abby of all people really broke through to her that she is fighting against something that will ultimately lead to her demise later in more ways than one. Yet, her past battles and her former husband’s secrets and lies keep dragging her into the troublesome mix just has she’s managed to escape their grasps. The complexity in which has written Rebekah’s character is simple put marvelous. Rebekah could be your best friend, sister, neighbor, etc living right along beside you now in real life.

continues to impress me with his desire to protect Rebekah and save the world. As much as we all know he wants to be with her, he manages to push aside his feelings for the greater good of Rebekah’s mental health and the war raging around them. His past is just as complicated as hers and in this book his past comes home to roost. His devotion for Rebekah will leave you a bit misty eyed at times.

I think one of the major reasons I like this series is that while there are zombies and robo-zombies as I have dubbed them now, they aren’t the forefront evil that resides in Afterworld. Don’t get me wrong, they play their part, but Rebekah and company aren’t running away from the zombies, but of evilly twisted human beings. Alibiz showcases that evil resides in many forms and sometimes it’s your own species you have to keep a close eye on. This book is an epic thrill ride of emotional and psychological twists and turns. If you haven’t read this series, or anything by the amazing Karice Bolton, then I’d now. Afterworld will only increase in its greatness potential with each new book so why not join the fun now.

Scientists are the new rock stars. The infection has been contained for nearly three months, and the world is celebrating. But humans are still dying. Rebekah Taylor has seen it firsthand. Her husband was killed right in front of her by the very creatures that humans were told they no longer had to fear.


Rebekah is determined to find out who is responsible for the death of her husband and the obvious cover-up. Fueled with revenge, she begins to find answers that lead to one frightening conclusion. The apocalypse might be over, but the battles are just beginning.

Karice received an MFA in Creative Writing from the U of W. She has written fifteen novels and has several exciting projects in the works. Karice lives with her husband and two English Bulldogs in rainy Washington.