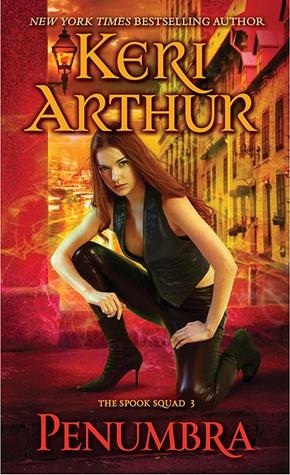 Agent Sam Ryan wants out of the Special Investigations Unit. She’s sick of the attitude from her partner, Gabriel Stern. She’s sick of the paperwork. Most of all, she’s sick of feeling lonely. But her boss isn’t about to let her go that easily. He gives Sam a choice: either stay stuck in her office or guard a clone replacement of Dan Wetherton, a government minister. Sam reluctantly chooses the latter—even though she suspects she’s being used as bait to draw out the SIU’s elusive nemesis.

Gabriel would like nothing better than to be on his own, without a partner to hold him back. Then he learns that Sam has been assigned to protect Wetherton—or whatever it is that’s replaced him. Wetherton’s clone could have come from only one place: Hopeworth, the military base that contains the secrets of Sam’s past. Determined to protect her, Gabriel is drawn into a fight against unspeakable evil. And all too soon, Sam and Gabriel discover that the connection between them is far more powerful than anyone could ever have imagined.

Sam’s had enough with Gabriel’s decisions to keep her behind a desk and not on in the field. She’s decided to press the issue or move on from the SIU. When Stephen gives her an ultimatum of work a particularly difficult bodyguard case or take a hike, she knows it’s a take it or leave it situation. Gabriel does not take the news lightly and will not let Sam walk away from him so easily. Gabriel will go against SIU protocol to keep her safe. When Sam’s genetics are further investigated, Sam and Gabriel learn what exactly is between their strange connections. Sethanon is still watching Sam, and Gabriel knows he can’t lose her. Will they be able to band together to bring down Hopeworth and Sethnanon or will they go their separate ways.

I will admit right off the bat that I have mixed feelings about the way Keri Arthur wrapped up the Spook Squad series. There’s honestly no resolution to the story. It’s left so wide open that I cannot seem to grasp the fact the series is over. The epilogue closes the chapter on one story ARC that has been building from the very first book, but again, misses the mark for me. Personally, I was hoping for a complete resolution to Sam’s story. As this is a reboot of this series, I can only hope that maybe Arthur is trying to bring in a larger audience before continuing the series on further.

What I did like is the twist and turns about Sam’s life. Sam’s origins have been slowly unraveled throughout the trilogy. Each book brought us closer to what Sam’s genes actually hold. Arthur really surprised me with some of the revelations about Sam. I particularly liked the fact that Sam’s dreams and memories were the key to the knowledge. Sethanon’s identity was also somewhat of a surprise for me. I had a feeling early on I knew who he really was, but I was completely wrong. I also loved the introduction of the idea that clones were being used to cover up influential leaders murders and deaths.

All in all, I did enjoy the finale to the Spook Squad series. As I previously mentioned, the open ending left me a little confused and wanting. Sam’s origin story made the book for me. I will say this without giving too many spoilers away; we do get a resolution to Sam and Gabriel’s attraction for each other. We’ve been teased for 3 books now on whether or not they’d end up together. Sam’s had it with his bastard behavior and she wants an honest answer when it comes to the attraction between them. I honestly hope that we’ll be able to dive back into the Spook Squad series to finish out the Hopeworth ARC. I’d really like to know more about their experiments and what’s to become of Sethanon.
Labels: Keri Arthur Prenumbra Spook Squad