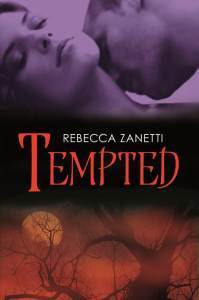 On the run from a mental institution and her vindictive half-brother, it's safe to say that Sarah Pringle's happy life as a schoolteacher is on hold. Too bad that as far as self-defense goes, "run and hide" is the best she's got. And with the monsters that started her escape hot on her heels, that's not going to cut it for long...

INSTANT LUST
That is, unless Sarah has a bigger, badder, hotter monster on her side. Max Petrovsky is right at the top of the list of alpha male ass-kickers. And he knows exactly what Sarah's up against. Good thing, because the minute he sees her something primal kicks in, turning everyday attraction into red-hot desire. As long as they're cooperating, why not mix some pleasure with business? Of course, Max should probably tell Sarah he's a vampire himself...

I found I enjoyed this short novella much more than I have the first two books. Short in pages, I think the story was more believable in the sense that Max, a vampire, was sent to find Sarah and bring her in for question. Sarah is the daughter and majority stock holder of a Pharmaceutical company. After witnessing the Kurjan murder someone she knew, Sarah’s family send her off to the looney bin. She soon after escapes, Sarah starts her mission to tell the world that vampires really do exist. The Kayrs cannot risk the exposure and take down her website, while sending Max to retrieve her.

One particular plot twist I rather enjoyed was that though these two were fated to be mates, Max fights his instinct to do so. He has strong feelings for her, but doesn’t want to risk her life as their mates are being targeted. He does end up mating her, but after she agrees to it, unlike Dage and Talen in the first two books. I also liked the tie in that the virus was sent to her pharmaceutical company and with her help, they can retrieve the data. They don’t force her into selling her shares of the company to them, but instead give her the option is she so chooses in order to save them.
Labels: Book News