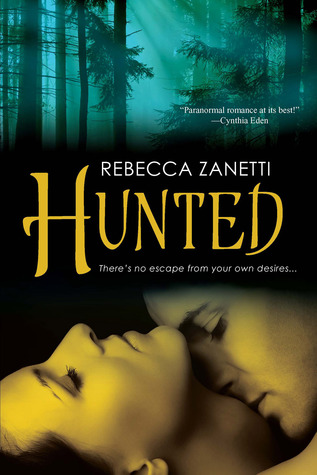 Moira Dunne is a witch - the quantum physics kind. Time and space are her playthings. Which might explain why her one-night stand from a hundred years ago has turned up to "claim" her - and request her family's assistance with the war he's brewing. But the more she learns about Connlan Kayrs, the more she comes to think this is normal behaviour for him...When Conn and Moira tumbled on the moonlit grass, Conn hadn't meant to mark her as his mate for all time. She was only twenty! But it wasn't easy to wait for her. It was even harder to forget her. So when he finally returns for his wicked-hot witch, he's ready to let the sparks fly. Even if he burns up in flames...

This is the book I’ve been waiting to read since starting the series. Conn has grown to be one of my favorite characters of this series. He accidentally mates a witch after a one night stand and while they have a very strong instinct to protect their mates, he lets her be for 100 years so she can complete her witch training. He still wants to be with her, but gives her the space she wants and the time she needs to mature. Their back and forth banter in Claimed had me laughing out loud at certain points. In this 3rd installment of the Dark Protectors series, we find Conn traveling to Ireland to claim his mate and to rally her coven to their aid in the brewing war. Moira is very high spirited and will not be claimed so easily.

Conn arrives in Ireland with two objectives: Strengthen the alliance with the witch coven leadership “the Nine” and to bring his mate home. Moira is strong-willed and high spirited as she was when he mated her the previous century. While she still desires Conn, deep down Moira is hurt that Conn signed the 100 years treaty without a fight.  Moira realizes that much of her newly found strength has come from her mating with Conn as he’s gained her magic skills. Moira is shocked to find that while away from Conn, he’d been training to use his magic.

Conn and Moira find that things are not what they seem with the Nine. Conn forces Moira back to the states on the pretense of checking in our council member and cousin to Moira, Simone. Once there, they travel to the west coast to the realm’s compound, which surprises Moira because she assumed the Nine would not take her being hidden away by Conn so lightly. But, when someone tried to force Moira thought a portal in able to steal her Conn insists she stays in hiding. Moira meets many of her brother and sister in laws while in the compound and begins to see Conn in a new light. They barely knew each other when they mated and constantly argue over many things, mostly Moira’s safety. They are both enforcers for their prospective groups and neither is equipped to handle being left behind when action must be taken.

I loved the climatic turn in this book compared to the other 2.5 books so far in this series. While protecting a very pregnant Cara from the mysterious witch-napping teleporter, both Moira and Cara are taken from the compound. We find that Simone’s boyfriend and fellow council member, Demidov has been behind the kidnappings. He uses a mineral, once thought being mined by the demons, to bind Moira’s powers. While imprisoned, Cara goes into labor and delivers a healthy baby boy. Through the labor of her baby, Cara is able to contact Talen and identify their location. The males come to their mates rescue. During the rescue, Moira discovers that their captor was not working alone and in order to eliminate this threat, she challenges Grace’s empty council seat. Moira wins the fight to the death against Grace, but gives her seat to Brenna. She realizes what Dage was trying to explain to her about Conn. Conn sacrificed 100 years for her and it was her time to sacrifice for him. She realizes that they’re both warriors and they need to be in their place instead of pretending to be something that neither of them could live with together.

All in All, I loved this book. The me-Tarzan-you-Jane mantra wasn’t as prevalent in this book and it was all the better for it. The story lines with all of the characters in this book progress more so in this book and gives me hope that they’ll continue to get better and better as the series goes on. Onto the next book, Consumed.
Labels: Book Review